Fixing D&D, By Breaking It? 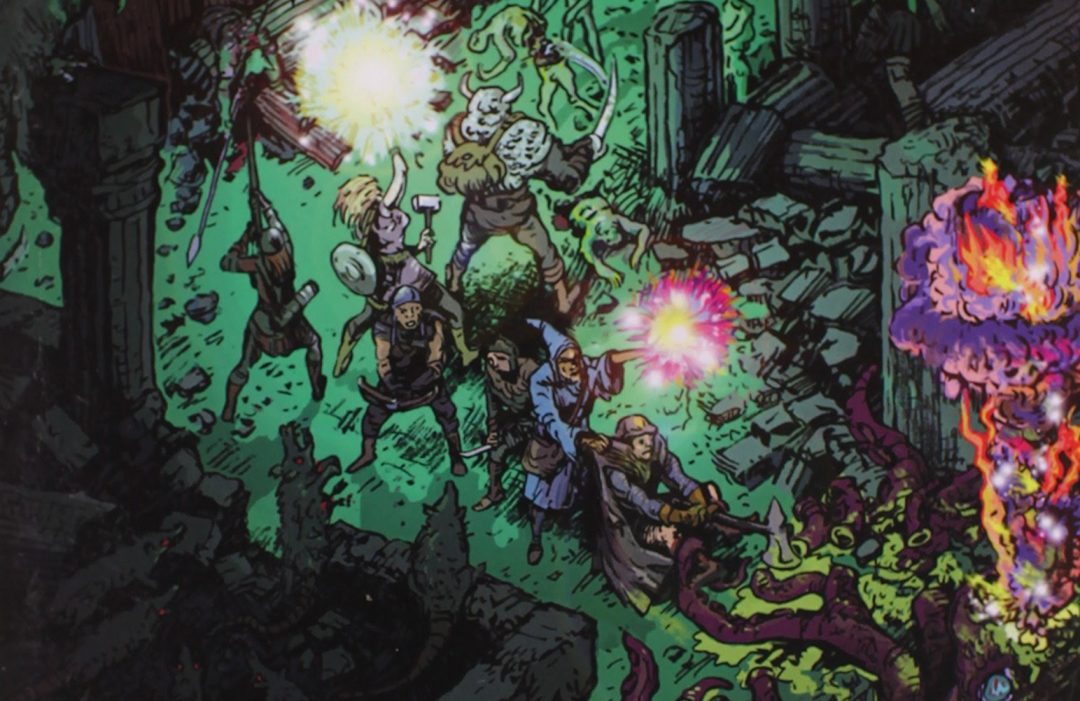 I have a weird thought.

Now that we know Wizards of the Coast is beginning the transition to the next evolution of their tabletop roleplaying game “Dungeons & Dragons“, many questions come to mind. Will it be a true 6th edition of the game, or more of a 5.5, because they state it should still be compatible with current 5th edition books? Will they make any sweeping changes, or stick primarily to what has been working for the better part of a decade, and only clean up the rules a bit?

Personally, I think any edition of D&D can be compatible with another, if WotC were to put out a book covering conversion of stat blocks. That would open up a whole new audience to their older works, as well as mke D&D a truly evergreen product. But if you’ve ever tried the earlier editions of the game, other than 4th edition (The Black Sheep edition), they all basically ‘feel’ the same, and basically play the same way. The only major difference is the evolution of rules from edition to edition, dropping what doesn’t work well, and adopting new rules in their place.

But what if I were to propose something else entirely, for this new edition of D&D?

What if WotC eschewed the expected ‘minor evolution of current rules’, and instead embraced a rules-light, Narrative model? Basically, what if D&D embraced, and emulated what “Dungeon World” has been doing so well for years?

I know this might sound crazy, but hear me out. DW plays and feels very much like old school D&D, but rather than using a version of classic OSR rules (see Old School Essentials, The Black Hack, etc), it uses a version of the Powered by the Apocalypse model (see Apocalypse World, Masks, and many, many more awesome games). This is a narrative-driven ruleset, built to keep the fiction moving forward, with the players and game-master all working together to tell a story, rather than the GM being solely responsible for running everything.

“Dungeon World” is, effectively, a better version of “Dungeons & Dragons”, and always has been. This is what D&D should have been from the start, and now that the 50th anniversary is but a scant couple of years away, I believe that WotC would do well to take their game in this direction with the new edition.

The 50th Anniversary edition of D&D should simply be named “Dungeons & Dragons”. No 6th edition, no 5.5, just D&D. Rather than launching with the classic three rulebooks for the game, in 2024, WotC should launch with a single, core rulebook for the game (effectively the PHB, DMG, and MM all in one), a core campaign book to start things off, as well as a book covering how to convert statblocks from previous editions to this new version. Later, WotC can put out new books that add in new playbooks (basically classes in PbtA games), races, monsters/foes, magic, and of course, new campaign books.

Am I suggesting that D&D go full-on PbtA, by the way? Of course I am. Like I said, it has been working for “Dungeon World” for years now.

People want to play D&D, they do, but they also want to be immersed in the story, rather than buried in rules and at the whim of their DungeonMaster’s campaign. Players want to be able to help write their character’s fate, direct where the story leads, in concert with the DM and their fellow players. Meanwhile, I know many DungeonMasters (myself included) who would love to be able to show up to a game session with a basic idea of where the game might go that day, with perhaps some maps and notes available to use, if needed, but not be required to write and oversee a massive story that they primarily shape. Also, having almost no prep to do, and not having to roll a single die during play (the Players do all that in most PbtA-style games) wouldn’t hurt their feelings a bit!

So, should WotC take D&D in this narrative-driven, rules-light direction? I not only think they should, I believe this is already the way the game is going now. Take a look at 5th edition, for example. Ask anyone who has played 5E, as well as other previous editions “Dungeons & Dragons”, and they will likely tell you 5th edition is the most ‘casual’ version of D&D to date. There are plenty of rules to be found throughout the many 5E tomes, but they are much less “crunchy” than previous editions. So really, converting to a ruleset like you’d find in a Powered by the Apocalypse (or Forged in the Dark, or Belonging Outside Belonging, etc) game, isn’t really that far of a stretch from where we are now.

To be honest, WotC could use the very open license for “Dungeon World”, and build the next evolution of D&D directly off of its bones! I’m not saying that they should do this, only that they could, and the game would be much improved in the long run.

D&D needs this, and its fans deserve this evolution.