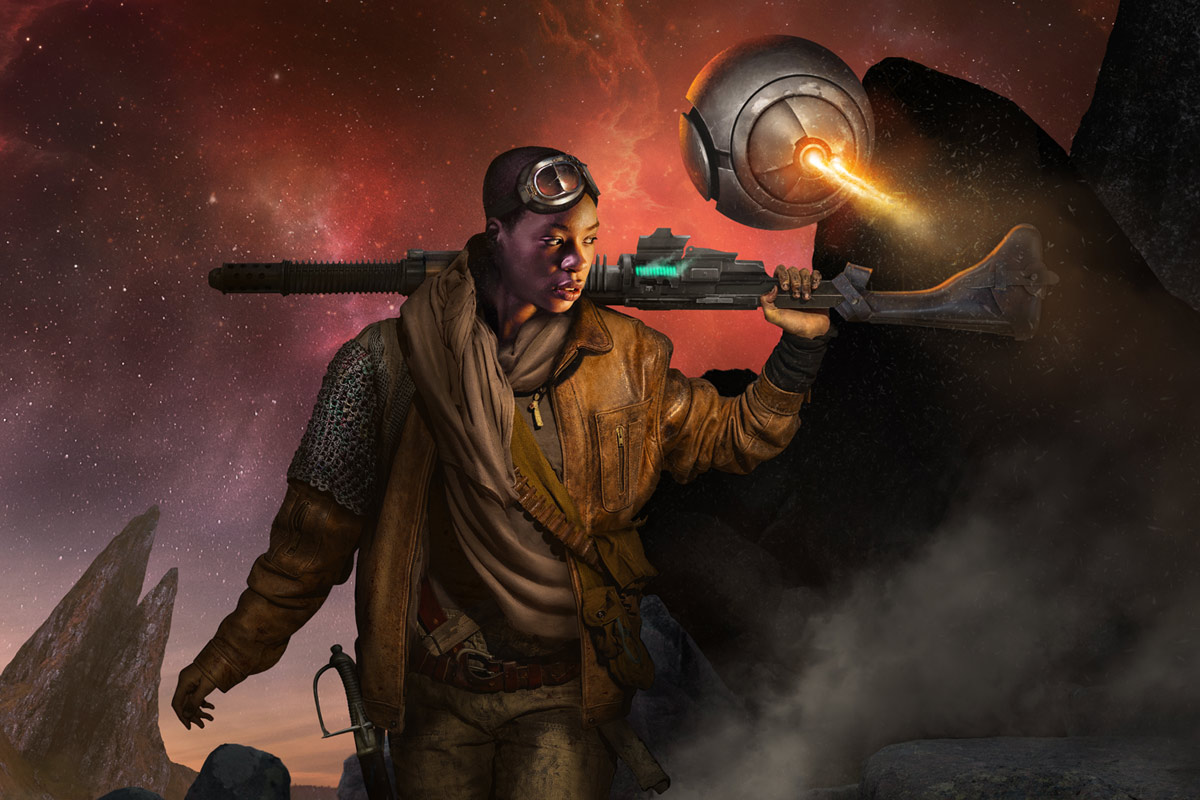 Okay, Tabletop Roleplaying fans: Have you backed “Ironsworn: Starforged” on Kickstarter? If not, why haven’t you?

I’m sure you already know that I’m a huge proponent of many tabletop roleplaying projects on Kickstarter, and while I may have missed some pretty big ones along the way, I was especially diligent not to miss this one, and you shouldn’t miss out on it, either.

For those of you too lazy to click the link above (although you totally should), what exactly is “Starforged”? Well, it’s pretty simple: It is a sci-fi TTRPG, based upon the tried-&-true mechanics found in the amazing fantasy solo/cooperative/guided TTRPG, “Ironsworn”.

Basically, it is “Ironsworn”, but in space.

I’m not trying to push the project, as it really doesn’t need it, but I would like people to know about it. The Kickstarter is already at nearly 10x the KS goal, and it currently has nearly a month left to go! They are adding all manner of stretch goals, so now is really a good time to jump on board the (space)train.

Obviously, I backed the project at the “Starforged Deluxe Bundle Edition” level. Sure, it was the most expensive option, but it also is the most feature-packed, and if I’m going to get on board a project like this, I’m going to go all the way! Then again, that’s just me, your mileage may vary.

I don’t normally talk about KS projects like this on my blog, but I feel like this one is a bit different. If you have looked into “Ironsworn” at all, you will know just how awesome that game is, as well as what a great deal it is (free!). I have personally played IS as a solo RPG, using its built-in solo oracles and such, and it does a great job. I can also seem how well it could work as a GM-less cooperative TTRPG, or even in standard, “Guided” (GM with players) mode.

So imagine that… only in space, rather than a low-fantasy setting.

Anyway, clickie the linkie at the top of the article, and open up your wallets, while you still can.