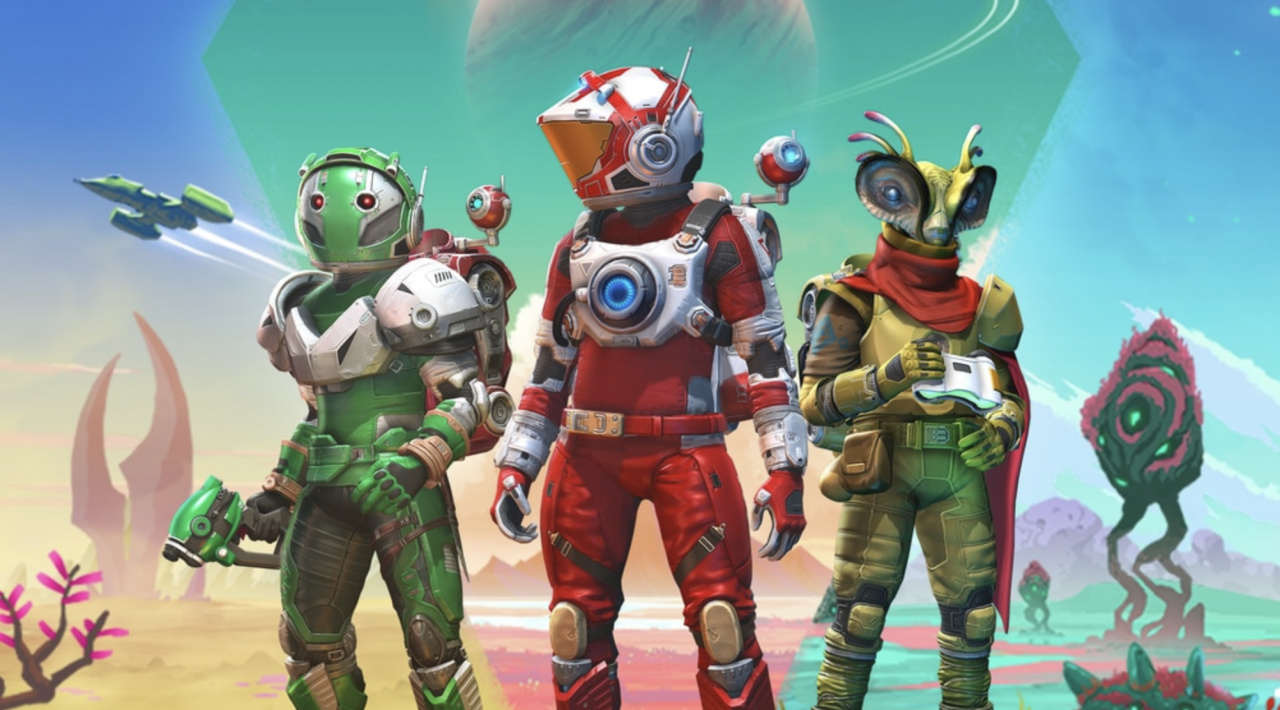 I have one word for you: Underwhelming.

“No Man’s Sky” has come a long, long way since its initial launch six years ago, and is in all ways a very smooth and polished experience… at least it is on PCs. I recently picked up NMS for the Nintendo Switch, and it is – in a word – disappointing, by comparison. There are several reasons for this, so let’s take a quick look at each, shall we?

First of all, I have to say that the control scheme for the Switch – and I assume it is the same for other consoles, as well – is vastly inferior to playing the game with mouse-and-keyboard in a computer. It isn’t even close, actually. While the Switch version is perfectly playable, it is still nowhere near as enjoyable as on the PC.  What I remembered as a fun sci-fi adventure is more of an annoying slog, due to the targeting issues alone. Maybe using a controller for NMS works for you, it simply doesn’t for me.

Secondly, this game is Hot and Cold… literally. For a procedurally-generated game, NMS on the Switch – at least in my experience – goes from one planet to the next, with very little change in their environment. No, wait… That’s not entirely fair. The flora and fauna change, as do the types of minerals to be found, but when it comes to climate? Not so much. If I start with a hot planet, the next planet will also be hot. When I start the game over, if I get a cold planet, the next will also be cold, and so on. I am certain this won’t always be the case, but it is annoying. For a game that touts having quadrillions of different worlds to visit, it would be nice if they were not all so similar.

Another frustration I have with this version of the game is the price. $60 for a six year old game is absolutely ridiculous, and while this is the norm for AAA titles on the Switch, that really doesn’t excuse the practice. Is that Hello Games’ fault? Not necessarily, but they are profiting off of Nintendo’s business practices, so they get some of the blame, as well.

That all said, there are of course some positives. The game is rather pretty, which was a bit surprising for a game ported to the Switch. Nintendo’s console is clearly less powerful than the Playstation 4, and yet I’d say NMS looks surprisingly good on the Switch, at least when played on a TV in Docked mode. In handheld mode, the reticle and text are simply too small for the game to be playable, but on a television it works well enough.

Another surprising point is that load times are much shorter than I expected. Don’t get me wrong, those load times are still quite long, but not nearly as long as I expected! Maybe that has to do with my playing the digital version of the game, as opposed to a physical copy, I really can’t say. But it was a nice surprise.

Overall, is “No Man’s Sky” for the Nintendo Switch a bad version of the game? No, not really. It just doesn’t live up to the superior PC version, and is overpriced for the experience you receive. My recommendation: If you have to have NMS for the Switch, wait until it inevitably goes on sale to buy a copy. The game has been around for years, it isn’t going anywhere.

UPDATE: I was wrong, NMS for the Switch doesn’t always send you from one planet to the next, without changing climates. I deleted all of my previous attempts to play the game, threatened it within an inch of its life, and gave the title one more chance. I started on a moderately-hot world, then hit the freaking jackpot for my first, real world: A Paradise Planet. Perfect biome, no predators, almost no hazardous plants, and – best of all – it is covered in alien Knowledge Artifacts. This run-through, I blasted my way along, having a great time, and building a nice starter base, outfitted with all of the stuff I could build at that time.

I reached the point in the story where you need to investigate the Space Station to continue, and I happily renamed my planet and base, as I plan to return here often, then stepped outside to save my game and head into space. That’s when the game crashed, due to needing to download an update. When I came back, the only save I had was over 30 minutes old. I didn’t lose all that much, but it was a lot of work I put into my base, which was time-consuming an will be annoying to repeat. But somehow the game remembers the new name for the planet and base. Go figure.

Maybe NMS was just reminding me that, even when the game is going well, it will never go your way.