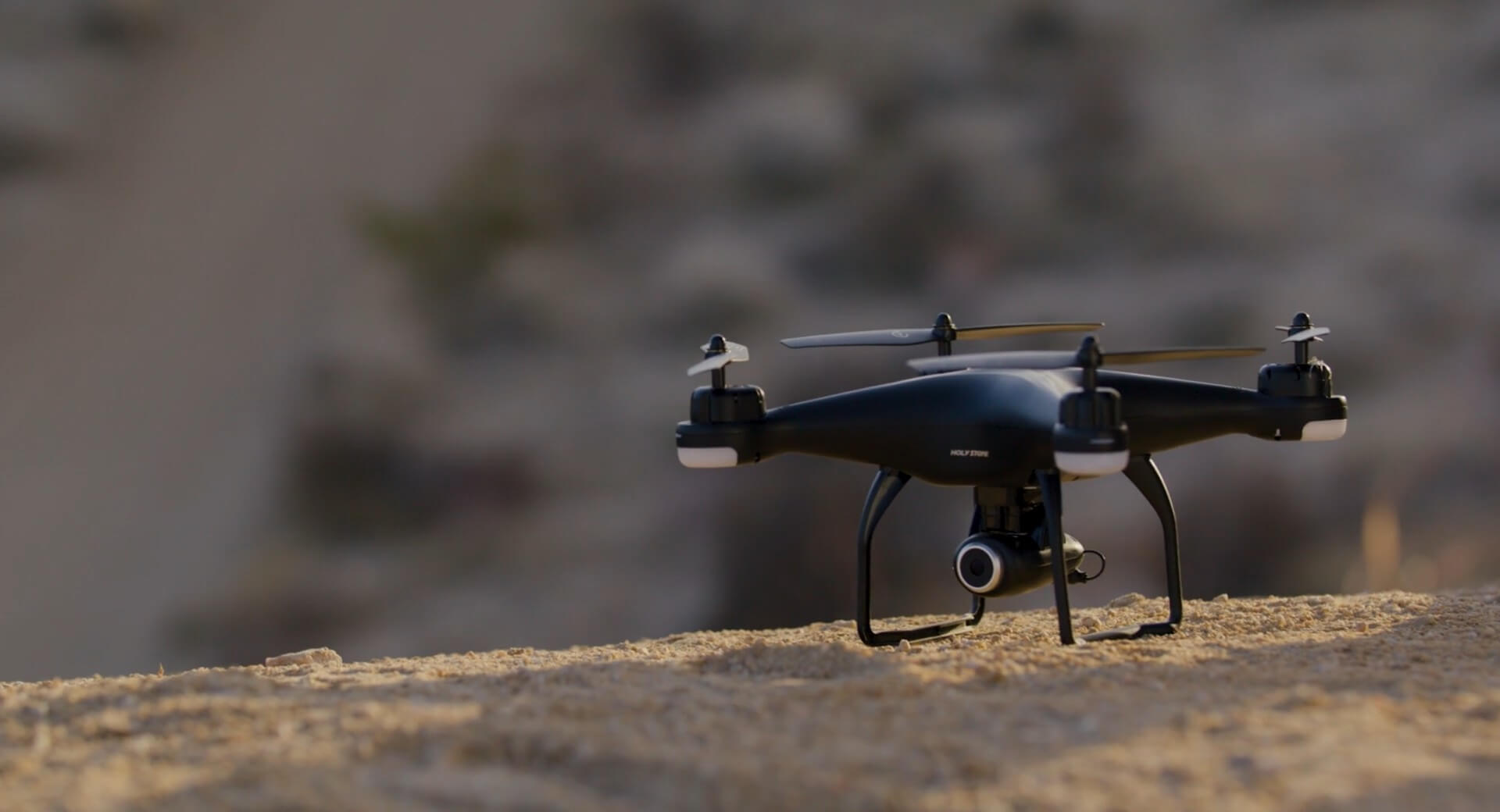 Back in the halcyon days of early 2020, before the Great Inconveniencing (2020 to Present), I picked up a drone. Specifically, a Holy Stone HS120D quadcopter.

Yes, I know this isn’t a very good drone, but it was inexpensive, and – in my opinion, anyway – a good ‘starter drone’. You see, at that point, I had never used a drone before, and felt this would be a fun hobby to do on my weekends. Furthermore, it would be a good way to get some exercise, right?

I has been more than two years since I bought the drone, and I have used it exactly once.

This is not entirely my fault. Yes, I’m exceedingly lazy, and have a distinct aversion to going outside, if I don’t have to, but there were a lot of other factors that have led to this. First of all, the Great Inconveniencing was a great reason to just stay inside whenever possible. Moreover, I have had health issues and two different surgeries over the last couple of years, which have made getting out just a bit harder.

But here we are, in early Spring, and I’m getting the itch to fly again. Yes, I know, it’s a shitty drone, but it’s my drone, damnit!… and I have spare batteries for the thing, so I might as well get some use out of it!

My hope is to get out and start doing some flying soon, maybe get in a bit of practice with the ol’ Holy Stone over the next few months. If things work out, and I am enjoying myself, I might just follow the advice My Lovely Bride™ gave me, back in 2020:

While I would absolutely love to get a nice, swanky drone like a DJI Mavic, or even just a Mini, I am glad I went with the Holy Stone, if only for one reason: I had no idea if I would really enjoy flying drones, back in 2020. Hell, I still don’t, at this point. Thus I bought an inexpensive, “Toy Class” drone, rather than drop a bundle on something really nice… which I might only have flown a few times.

Anyway, if I really get into flying drones, I will likely buy something a bit beefier, with a better camera than my Holy Stone has. Why? Because Wind. I live in the Pacific Northwest, which has some beautiful views to record from a drone. That said, some of the areas I’d really love to fly my drone at – such as in the Columbia Gorge, or on the Oregon coast – are far too windy for my little drone to handle. My Holy Stone can handle a slight breeze, but would be downed pretty easily by a stiff breeze. On the coast, or in the Gorge, we are talking about serious sustained winds on any given day, that are completely unpredictable.

My drone would get killed, under those circumstances. That said, I’m not sure a DJI would stand up to those winds, on some days. But a Mavic would have a better chance of flying there, than my poor little drone, that’s for sure.

Anyway, one step at a time. First, I need to find a day that isn’t rainy (good luck!), and get up out of my recliner and get to flying! My hope is to get some video footage recorded, maybe throw them up on Youtube, and – of course – show it here, as well. If I start having a lot of fun with this, I might just create a new channel, or repurpose one of my old channels just for drone videos.

Or, maybe you never hear about this hobby again… until I get bored again, anyway.