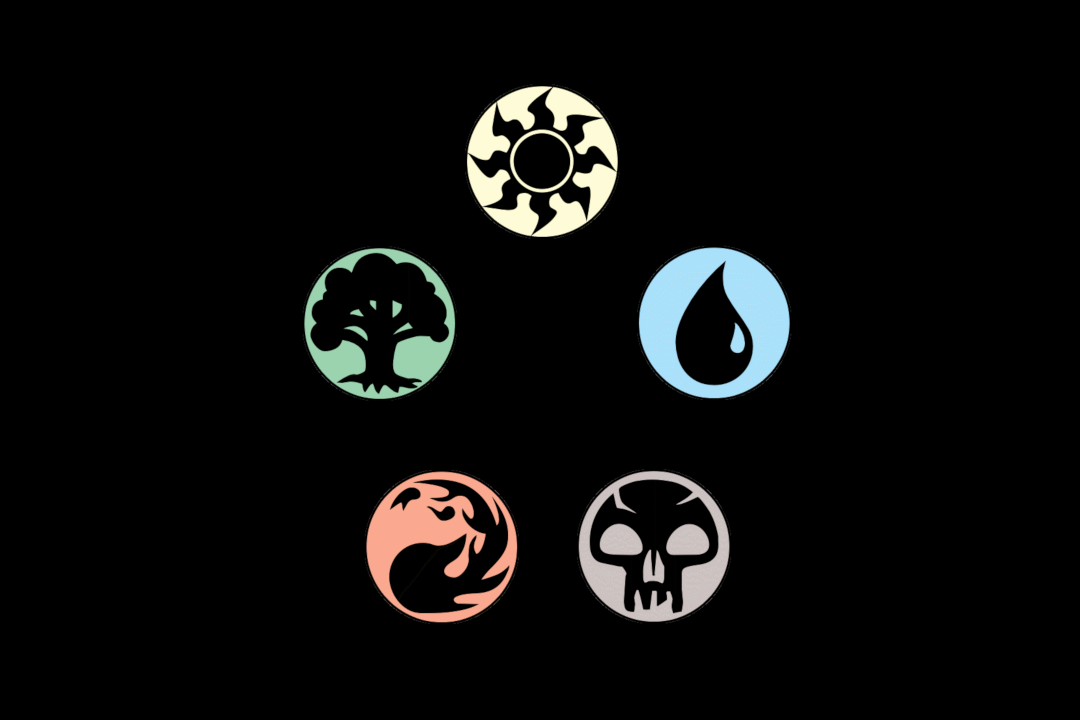 I’ve been stuck in my home for so long, due to the Plague, that I have become starved for gaming goodness. First I turned to playing tabletop roleplaying games in a solo manner, which is just fine, but now I need more. I need something that I can just break out and play at a moment’s notice. Much like when one wants to just break out some cards and play “Solitaire”…

So of course I turned to “Magic: The Gathering”.

MtG isn’t the sort of collectible card game that is built for solo play, to put it lightly. I’m sure someone has developed a way to do this already, and I’m also sure that Google would be my Friend in this regard. That said, I think I have an idea for how to do this myself.

Now then, this is just a basic idea, and has yet to be tested. Furthermore, I’ll be using very old cards, like from the early 2000, which is the last time I bought MtG cards, so I’m sure new cards might throw all of this off entirely. But here’s what I have in mind:

I want to treat MtG like I do solo roleplaying. I want to randomize it.

What I plan to do is create two decks, one that has Creatures and Artifacts; and another for the Player with Lands, Sorcery, Interrupts, and Instant spells. The Player would draw five cards, and play them to the table much like a regular game, laying Lands which could be imagined as the character travelling through those lands. But for each round of play, a card is drawn from the Monster/Artifact deck. If an Artifact is drawn, it represents a found item along the way. The Player can discard a card from their hand (if they have one), to pick up the Artifact and add it to their hand. They can later play said Artifact, on a later round, should they have the mana to do so.

Now here’s the thing. If instead a Monster/Creature is drawn from that deck, the Player has two choices: They can either discard a card from their hand to avoid the beast and see it discarded in kind, or they can cast spells from their hand (if they have the available mana) to defeat it. If they cannot defeat the monster, or discard a card to avoid it, they take damage from it as if it attacked (monsters do not have summoning sickness in this case), and a new round starts.

Yes, this means that if a monster is not defeated or avoided, on the next round there will be two creatures to face down, when the next opponent is drawn, assuming an Artifact isn’t drawn.

The player draws back up to five cards in their hand at the start of their round, and the game continues until the Player dies, or either deck runs out of cards.

Obviously, there are a bunch of rules which would need to be worked out here, before this would be in anyway a viable way to play MtG solo. Certain abilities like First Strike would be easy to resolve, as the Monster would simply do its damage before the Player could cast any spell other than Interrupts or Instants. But what about Trample? This would have only limited use in such a game, and might better be ignored or altered. The same goes for Flying, actually.

Now then, what I want to do is just dive right into this project, without really overthinking it too much. In order to achieve this, I plan to create a (mostly) standard 60-card deck, with 15-20 Land cards, and the rest a selection of Spells that might fit what I have in mind to play with. As for the Encounter Deck (Monsters and Artifacts), this will be randomized, as best as I can. To this end, I will be digging out different creatures, of any color or rarity, but no more than four of any specific creature.

Legendary creatures can also appear in this deck, but only one of each, obviously. As for Artifacts, they would also be singular like Legendary opponents, but I will only include a few of these (perhaps 10 or so total). In this way, I plan to build a Master Encounter deck of maybe 300 cards, which would be shuffled before each match, and 60 cards drawn off the top for use in each game.

This would allow the game to always be random, but also allow the Player to design a deck they feel comfortable with, maintaining much of the feel of Classic Magic.

Now then, there are a few major problems with this idea. First of all, this makes playing a Water-focused (Blue) Wizard very, very difficult. Blue spells, not to mention Green for that matter, are very Creature focused, which obviously aren’t an option here. Unless they are… I suppose I could allow players to build a deck with Summoning spells, so they could cast creature spells to fight off monsters they encounter in the game, but that just gets a lot more complicated. Regardless, assuming we don’t go there, this really limits the spells a Blue Wizard could use effectively. Blue is usually meant for Counterspell and Control magics, which don’t really apply in this solo version of the game. Some spells will, but not all, and it could get complicated.

Plus there is the issue of balance. As the match progresses, the Player gets way more powerful than they are at the start, but are only facing off against a single Creature at a time. Eventually, the Player will be able to deal with anything that they Encounter… or conversely, they will be Land-starved, and constantly running away from Monsters until they run out of deck or die horribly.

What I need to do is just sit down and see what I can come up with during play. If anyone has some suggestions, feel free to drop them in the Comments section, below.